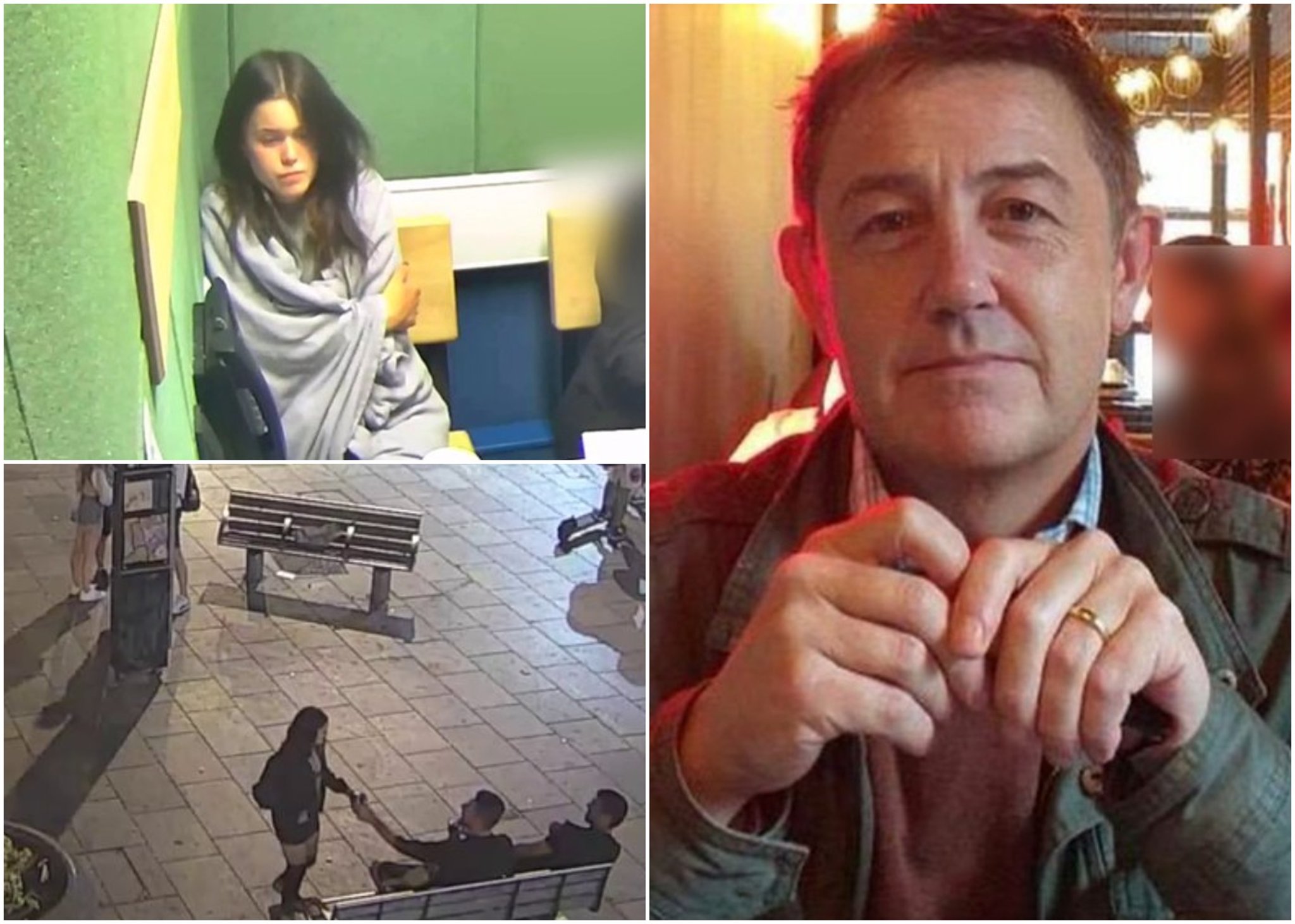 Two men and a 17-year-old girl have been sentenced to life in prison for the brutal murder of a psychiatrist in a homophobic attack.

Register to our NationalWorld Today newsletter

The newsletter mute the noise

Edwards and Strickland will serve minimum sentences of 32 years and Dionne Timms-Williams will be detained for at least 17 years.

Dr Jenkins’ family had previously paid tribute to him, saying he was one of the most “humane and kind” doctors.

The consultant psychiatrist was violently attacked in Bute Park, Cardiff city center in the early hours of July 20, 2021.

Jason Edwards, 25, Lee Strickland, 36, and Dionne Timms-Williams, 17, who can now be named for the first time, admitted to taking part in the assault on Dr Jenkins and pleaded guilty to manslaughter involuntary and robbery.

They also pleaded guilty to assaulting another man who tried to protect the victim.

But all three were found guilty of murder after an eight-day trial at Merthyr Crown Court in South Wales.

The 54-year-old father-of-two, who spent most of his career working for the NHS, suffered multiple severe brain damage and died at the University Hospital of Wales 16 days later on 5 August.

The prosecution, led by Dafydd Enoch QC, said the attack was “motivated by greed, homophobia and direct violence”.

The court heard that the three defendants were “looking for vulnerable gay men who were in the park to have sex” to rob.

“A benevolent soul who would never hurt anyone”

In a statement after the sentencing of the three men, Dr Jenkins’ family thanked two people who tried to help him. And they paid tribute to Dr Jenkins saying he was “kind and compassionate”.

They said, “Gary was such a kind soul who would never hurt anyone. He was an incredibly generous and creative man who had only good intentions.

“Gary’s private life, exposed through a trial at the Crown Court, has only intensified the impact of this event on our family, friends and colleagues.

“It was horrible to have to listen to the details of what happened.

“Gary’s untimely death also impacted his patients. Gary was one of the most humane, kind and compassionate doctors you could meet.

“He has spent most of his working life in the NHS.

“We can’t bring Gary back. There are no winners in this case, only losers, but as a family we are relieved that justice has been served.

“Professionally, he had a successful medical career as a consultant psychiatrist and was highly respected for the care and support he provided to his many patients.

“The attack on Dr Jenkins by the three defendants was cowardly and senseless in the extreme.

“The degree and duration of the needless violence inflicted on him, as well as the homophobic abuse – all recorded on audio, was both sickening and staggering – he did nothing to justify this.

“Nothing will fill the void in the lives of those who loved Gary and grieved to lose him in the most devastating of circumstances.”

Dr Jenkins was ‘beaten, tortured and left for dead’

Timms-Williams, who was 16 at the time, reportedly did not know his two co-defendants until that night.

After meeting them in Queen Street and accepting a can of cider, she accompanied them to the Esso garage in Cathedral Road, where she paid for more cans of alcohol.

The trio then walked into Bute Park and spent time in the seating area outside the Summerhouse Cafe, opposite the Millennium Bridge.

A key piece of the prosecution’s case was an audio recording of the attack taken from a CCTV camera located inside the cafe.

Before the clip aired, jury members and others in the courtroom were warned of its disturbing content, which chronicled how Dr Jenkins had been “cruelly beaten, robbed, tortured and left for dead”. .

Beginning just before 1 a.m., a man identified as Dr Jenkins can be heard repeatedly shouting “Leave me alone” and “Let me go”.

A female voice – Timms-Williams – shouts “Money” and “Now”, before homophobic slurs are used by one of the male defendants, believed to be Edwards, who has a Liverpool accent.

Dr. Jenkins makes repeated pleas for his life, asking “Why?” and saying “Please stop this”.

His moans of pain died down before he could speak anymore.

Strickland was caught on CCTV using Dr Jenkins’ bank card in a garage just before 1:30am.

Remarks in opening statement labeled as ‘blaming the victim’

Dr. Jenkins was bisexual, and his friends and colleagues knew that he went to the downtown park at night to engage in consensual sex with other men.

During the trial, some of prosecutor Dafydd Enoch QC’s remarks drew public criticism.

During his opening speech, Mr Enoch told the jury: “(Dr Jenkins’) sexual predilections would be his downfall.

“By engaging in this activity he made himself desperately vulnerable and he was an easy target as he wandered around Bute Park.

“By its nature, the activity in which it engaged was risky.”

Some said the comments amounted to “victim blaming” or “biphobia”.

Wales Education Minister Jeremy Miles tweeted: “He was not ‘defeated’ by his ‘sexual inclinations’. He was brutally attacked and died. We have a long way to go .”

Singer-songwriter Bronwen Lewis wrote: “I emailed Dafydd Enoch about his blatant homophobia and victim blaming during this trial.”

In his closing argument, Mr Enoch addressed some of the concerns raised on social media and said: “Let me say a passing word about the concept of blaming the victim.

“Gary Jenkins is in no way responsible for what happened to him.”

A spokesperson for the Crown Prosecution Service (CPS) said: ‘The only people responsible for this horrific crime are those convicted by the jury today. The suggestion that Dr. Jenkins was in any way to blame is completely false.

“We apologize for the inappropriate and insensitive remarks made during the opening statement.”

Lee Strickland using Gary Jenkins’ bank card at the Esso garage on Cathedral Road, Cardiff at 1.21am on July 20.

A message from the editor:

Thanks for the reading. NationalWorld is a new national news brand, produced by a team of journalists, editors, video producers and designers who live and work across the UK. Learn more about who is who in the team, and our editorial values. We want to create a community among our readers, so follow us on Facebook, Twitter and instagram, and continue the conversation. You can also subscribe to our email newsletters and get a selection of our best reads delivered to your inbox every day.