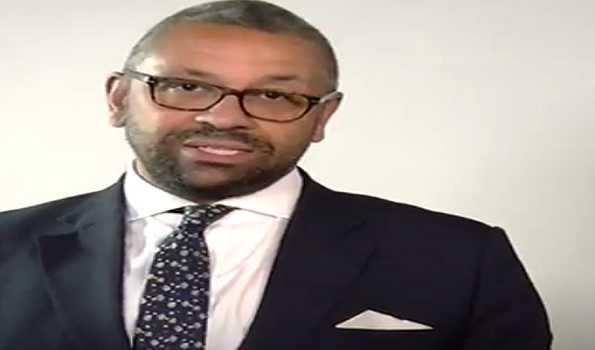 London, July 8 (UNI/Sputnik) Britain’s Secretary of State for Education, James Cleverly, has said he will not stand for the post of British Prime Minister following the resignation of Boris Johnson.

Johnson announced his resignation on Thursday, stressing that he would continue to serve as party leader and prime minister until his successors are named.

“No, I won’t…As you know, my wife is going through cancer treatment. It’s not a good time for me, and I feel comfortable that in fact, we have a range of candidates within the party who would make excellent prime ministers,” Cleverly told broadcaster Sky News.

Johnson has been grappling with calls to resign after a series of scandals related to COVID-19 regulatory breaches throughout 2020 and 2021 and the appointment of Christopher Pincher, who has been accused of sexual misconduct, in as Deputy Chief Whip of the British Conservative Party. The Pincher scandal has led to a series of resignations, with dozens of officials leaving the Johnson government this week.