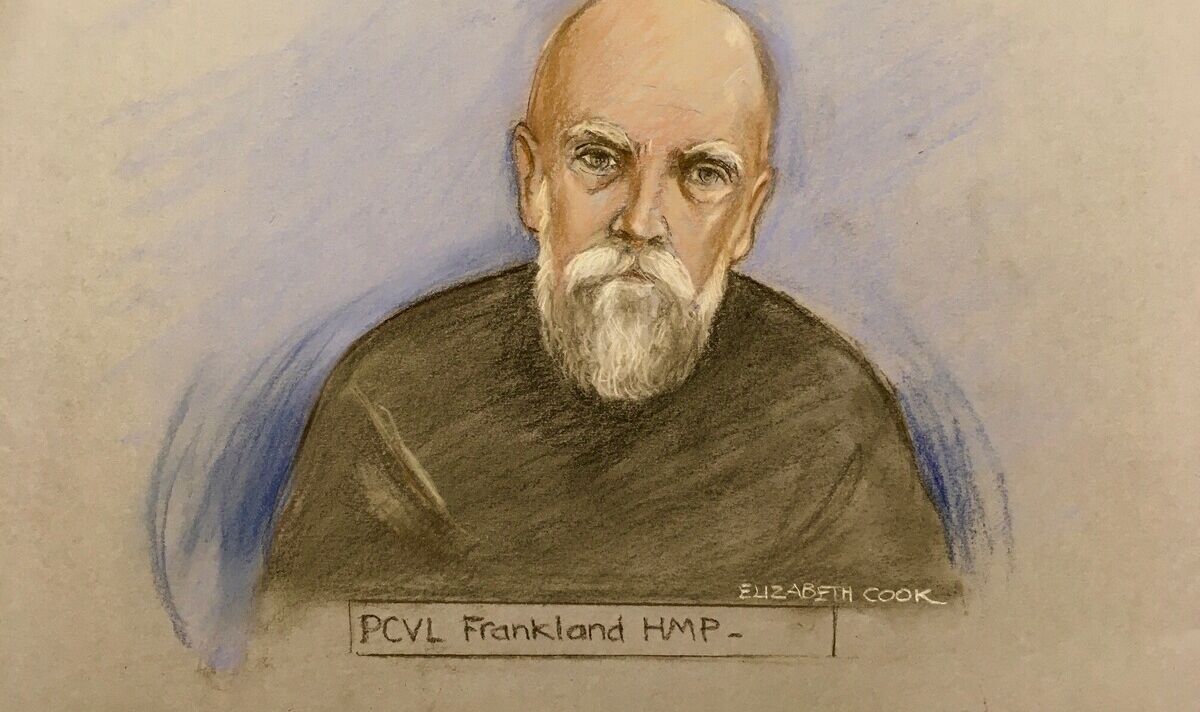 He raped and killed the 33-year-old marketing manager after abducting her in south London on March 3, 2021. It was the first time such a sentence had been imposed for a single murder of an adult not committed in a terrorist attack.

Yesterday the senior Court of Appeal judges heard challenges in prison by five killers, including those for life for Couzens and double murderer Ian Stewart.

A bearded Couzens appeared on a video link from Frankland Prison in Co Durham as Ms Everard’s relatives sat in the Royal Courts of Justice in London.

Jim Sturman QC for Couzens said he “accepts that his crimes are heinous and nothing I say in any way is intended to minimize them”. He added that it was also accepted that Couzens deserved “decades in prison”, but argued that a life sentence was excessive.

Mr Sturman added: ‘His remorse and guilty pleas…should outweigh this aggravating factor that clearly exists, the fact that he is a police officer.’ The lawyer said Couzens was unique among the 64 felons currently serving life sentences.

He said: “Although this may be regarded by the public and the court as a case of equal gravity to political, religious or ideological murder, it is not such an offence.”

Tom Little QC, appearing for the Attorney General’s Office and the Crown Prosecution Service, said Couzens’ offense was of the “greatest gravity”.

A police officer is in a unique position of power.” He said the judge gave a “clear and consistent rationale” for the life sentence “compared to a lack of genuine contrition.”

She had been imprisoned for at least 29 years and Hughes, Arthur’s father, received 21. They appealed the length of their sentences, which are also challenged as unduly lenient.

Mr Little said Tustin ‘at the very least deserves to consider a whole life order’ after the little boy was ‘subjected to the most unimaginable suffering’.

Tustin’s lawyer, Mary Prior, said the sentencing judge took a “fair and proper approach”. Bernard Richmond QC, for Hughes, said a judge got it wrong by ‘almost counting three times’ when calculating his prison sentence.

He did not attend the appeal, but his QC Amjad Malik argued that the order of life imprisonment for the murder of his wife was not justified in the circumstances of the case.

However, Mr Little QC claimed: ‘It is difficult to say that this sentence was either grossly excessive or wrong in principle.’

The hearing ended yesterday and Lord Chief Justice Lord Burnett, who sat with four other judges, said: ‘We offer to take time to review our decisions in these very difficult and tragic cases.