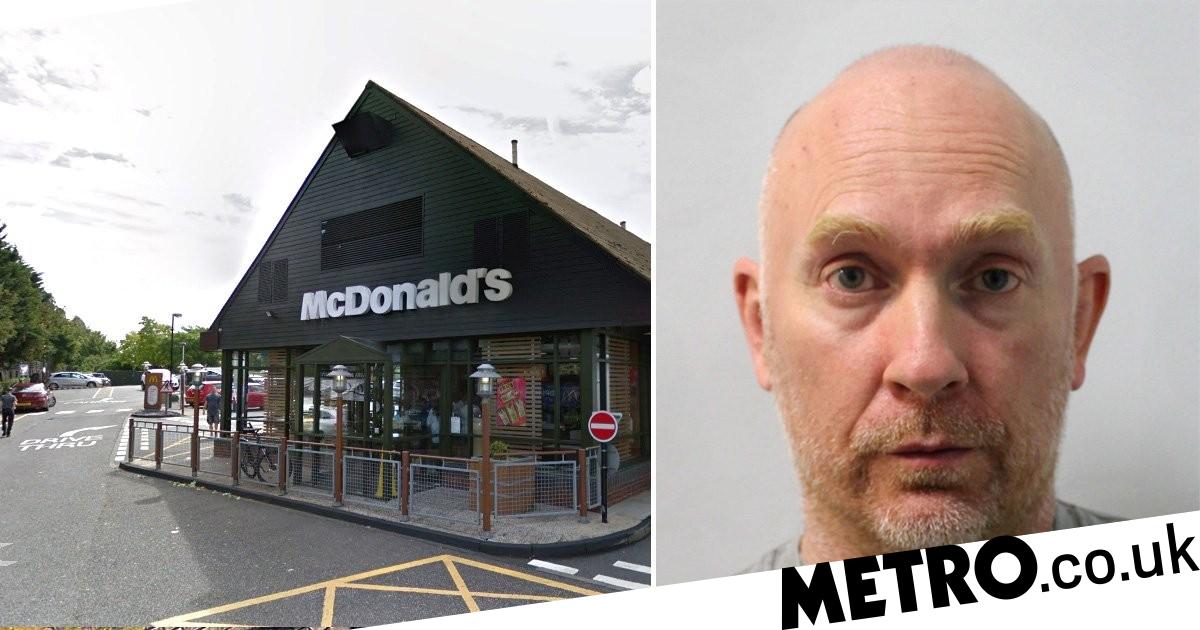 Metropolitan Police have learned that Sarah Everard’s killer repeatedly flashed McDonald’s employees just weeks before the murder, it was claimed.

An anonymous woman who worked at a drive-thru branch on the A20 near Swanley, Kent, said Wayne Couzens approached the control hatch with his pants down on several occasions, most recently in February.

The force now faces questions about how it handled at least four reported incidents of indecent exposure by the 48-year-old man, who served as an armed diplomatic protection officer when he kidnapped, raped and murdered Mrs. Everard.

His alleged victim told MailOnline: ‘He casually approached the serving hatch after ordering his food and I could clearly see he was naked below the waist.

“It wasn’t the first time he had done this when he came to McDonald’s, but I was the only female staff member to report it. I’m glad I took a stand and alerted the authorities because it was the right thing to do.

“But I never imagined that he would continue to murder a woman, it’s tragic. It all left me quite disturbed.

An investigation by the Independent Bureau for Police Conduct is already investigating whether officers “responded appropriately” when called to a South London McDonald’s on February 28, three days before the tragedy.

CCTV footage and eyewitnesses covering two flashing incidents at the branch on the same day were reportedly available, along with a vehicle license plate by which officers were able to identify an owner.

But Couzens was not identified as a suspect in the case until detectives in Sarah’s murder began to investigate her background.

The police watchdog will assess whether the Met should have moved the flashing case forward more quickly or whether officers properly weighed the demands of dealing with other serious offenses.

He is also examining accusations that police in Kent, where Couzens had previously volunteered, failed to investigate reports in 2015 that a man was seen driving on a road without pants.

The Met insisted their vetting process could not have detected concerns about the killer when he was hired.

But in a statement released Thursday evening, he admitted that “one of the many checks” prompted by his request “may not have been carried out properly.”

A Couzens-registered vehicle was linked to the 2015 allegation, but the Met’s examination found that “the record of this allegation and result may not have been found during the check checks.”

“However, our review found that despite this, no information was available to the Met at the time that would have changed the audit decision.”

The statement added that the force was “not aware of any other concerns raised by Couzens’ colleagues, or anyone, regarding his behavior before or since he joined the Met.”

It is believed to refer to how colleagues at Couzens’ former employer, the civilian nuclear gendarmerie, allegedly dubbed him “The Rapist” because he made his female colleagues uncomfortable.

Jurors in his murder trial were also told he had been “attracted to brutal sex pornography” as early as 2002.

Kent Police and the Met have been approached to comment on the latest allegations.

Contact our press team by emailing us at [email protected]

For more stories like this, see our news page.

Get your latest news, wellness stories, insights and more

Sex with a random Tinder match saved my life