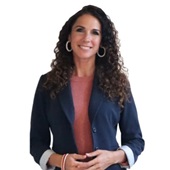 Diana DiZoglio ’10, a Wellesley College alumnus, is running for the position of Massachusetts State Auditor. DiZoglio graduated from Wellesley College as a Davis Scholar and majored in psychology and Spanish. She is currently a state senator for Massachusetts’ Essex 1st District, where she was elected in 2019 after six years as a state representative in Essex’s 14th District.

In its Social Justice and Equity Audit Plan, DiZoglio outlined its commitment to improving the transparency of state-funded contracts awarded to minority businesses as well as non-disclosure agreements (NDAs).

According GBH News, of the $4.8 billion spent on contracts in 2020, only $23 million went to Black or Hispanic-owned businesses. DiZoglio is committed to ensuring fair and responsible spending by reviewing Massachusetts State procurement contacts and processes where women, veteran, LGBTQ+, and minority-owned businesses can be treated fairly.

In his audit plan, DiZoglio revealed the personal story behind his persistence in auditing taxpayer-funded nondisclosure agreements (NDAs) at state agencies.

“I was a young woman in my twenties; I had just finished my course at Wellesley, had entered the labor market and had unfortunately discovered the flip side of state government. During my very short stint working as a legislative aide, I was sexually harassed in our own House of Representatives.

DiZoglio was fired and silenced by a nondisclosure agreement paid for by Massachusetts taxpayers. Her experience of damning workplace abuse drove her to instill bureaucratic accountability in NDAs to victims censored for workplace harassment or other violence.

This settlement between her and the state government also helped her realize the systematic vulnerability of disadvantaged communities and thus fueled her political career.

“I didn’t let them get rid of me or shut me up and I didn’t leave the state government as they told me. Instead, I decided to run for state representative myself, and just over a year later became the youngest woman in the House at that time.

She recalled how her Wellesley experience shaped her political career.

“Wellesley taught me to think critically about problems, to make important decisions. I have the most independent voting record in the state Senate,” she said. “I’m a Democrat, but I’ve challenged my Democratic leadership team on issues of transparency and fairness many times. My Wellesley upbringing has really helped me provide [me] with those critical thinking skills you need to be an effective official.

Professor Nancy Hall in the Spanish department had DiZoglio in her advanced Spanish course, Latin American Short Story. Since DiZoglio had worked as a counselor for young women in crisis in Massachusetts, they had the idea for an article for a comparative study of Latin American short stories highlighting at-risk girls as characters or narrators.

“Diana immediately understood that by drawing on her real-life experience, the subject offered a pathway to personally meaningful cross-cultural learning, as well as a way to improve her already considerable reading and writing skills in a second language,” she said. said. “I remember Diana carrying out the assignment with enthusiasm, commitment, determination and clarity, qualities that have continued to shape her work in state politics.”

Looking back on her 10 years in office at Beacon Hill and her upcoming race, DiZoglio underlined how motivated she was to fight for and protect women’s rights.

“I am an advocate for women and women’s rights, I fight for policies that support and elevate women to leadership, and I have been a strong advocate for women in the State House,” she said. “I have done this for the past 10 years, particularly on sexual harassment, gender discrimination and domestic violence, and I will continue to do so.”