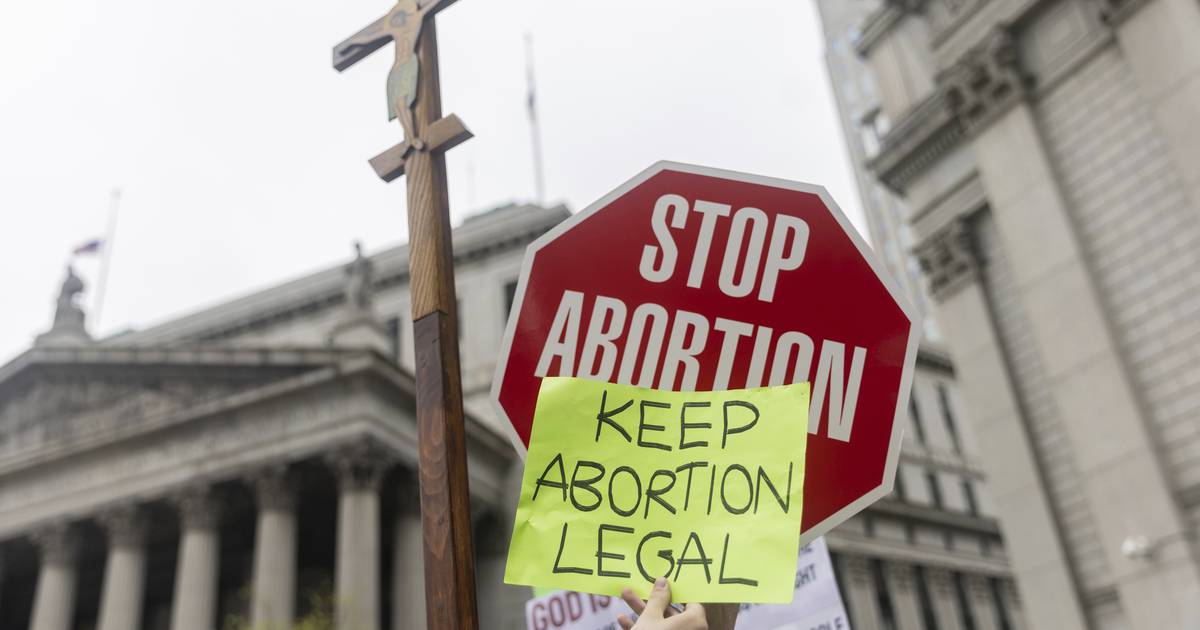 The Anchorage Daily News asked U.S. House candidates running in the special primaries to answer a series of questions. Read all their answers here.

I believe in the right to life. Life already begins before a heart beats and ends when the heart stops beating. Our constitution for the United States gives no power to Congress to deal with this contentious issue. I’m a constitutional scholar and I believe in limited government. This is and always has been a state and individual issue that the US federal government should never have gotten involved in, like many things.

I think an individual has a responsibility to control their health rights without government interference.

Respectfully, there are strong and sincere feelings among Alaskans on all sides of this extremely important issue. I am pro-freedom. Alaskans have the freedom to decide what to do with their bodies: what to put on or in their bodies, including not wearing a COVID mask on their face and not sticking a COVID vaccine needle in their arm, and a woman has the same freedom as those others to decide how to treat her body, including her pregnancy. No woman happily seeks this or should be punished for her individual choice. As the Good Book says, mercy is what God asks for all of His children.

Abortion should be legal, safe, rare and performed early in pregnancy – within the first 10 weeks.

I agree with Senator Bernie Sanders’ position: “To oppose all efforts to undermine or overthrow Roe v. Wade, and appoint federal judges who will defend the most basic rights of women.

I support a woman’s right to make decisions about her body, period. It’s a decision between a woman and her doctor, and the government should have no say in it. I support the right to abortion established by Roe v. Wade and I are appalled at the political decision to reverse established law. The overturning of a 50-year-old decision is almost unprecedented and sets a dangerous Supreme Court precedent of suppressing freedoms, rather than expanding them.

My mother Shari always reminds me that before Roe v. Wade, women had to choose between the law and their lives. My wife Monica and I don’t want our daughters to have to make the same life or death decisions. As a physician, I understand that health care decisions are personal and complicated. We need to keep the government out of our personal lives, including our health care decisions. When I am elected to Congress, I will vote to finally enshrine women’s reproductive rights in law once and for all.

Pregnancy usually requires sex, which is usually a choice with known and easily avoided risks – thus, prevention is preferred. Therefore, I support free birth control as well as free and streamlined adoption. In case of rape, a free morning after pill if desired. In general, I’m generally against taking life, except to save life; therefore, the life and safety of the mother would certainly take priority.

Abortion should be available, with some restrictions related to viability and/or fetal heartbeat detection, and for victims of rape and incest.

I believe very strongly that it is the exclusive right of a woman to control her own body and choose what she wants; it is none of the government’s business what a woman decides to do with her body.

I believe a woman is the best person to make decisions about her own body. I remember the pre-Roe v. Wade, and I think any attempt to backtrack is a huge mistake. We have examples of government pro-birth policies from communist Romania decades ago that are still causing social problems there. Let the woman decide. Regardless of your position, Americans should have guaranteed maternity leave.

I completely oppose abortion except to save the life of the mother. I believe in the right to life for all innocent people, from conception to natural death. I oppose abortion, euthanasia, assisted suicide, capital punishment (in the absence of justice), police killings and war. It is imperative that we vigorously defend a culture of life, otherwise we will fall into the culture of death.

I object. The woman has the right to defend herself but the fetus must be the cause of the aggression. The doctor’s job is to try to save both the woman and the child.

Abortion takes the life of an innocent baby. So, I am staunchly pro-life, and I will do what I can to help usher in a culture of life, love and compassion in our country.

The framework of current laws is sufficient in a balance between the protection of life and individual freedom over one’s body.

I don’t believe the federal government should have a role in a woman’s health care decisions. This decision is between a woman and her medical provider, not the government. I also object to taxpayers’ money being used to pay for abortions. I would vote to codify Roe v. Wade if that was the sole intent of the legislation. For example, I could support the proposition advanced by the senses. Lisa Murkowski and Susan Collins, as it offers the same protections as Roe v. Wade.

I support a woman’s right to choose. I support safe and legal access to abortion. I believe that a woman and her doctor should have the privacy to discuss and decide on the issue of abortion. I realize that some people have their own opinions and that’s fine, but they have to respect other people’s opinions. At some point, it’s a matter of personal belief, and we have to recognize that not everyone has the same personal beliefs – especially when considering the question of when “life begins”.

Pro-life from conception to natural death!

Several candidates did not answer this survey question. They include: