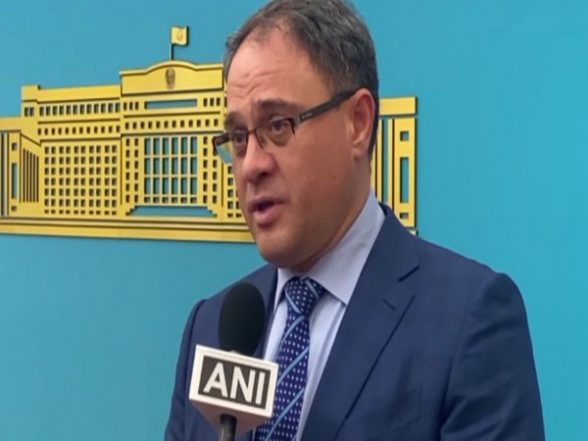 “India has taken a very balanced stance in the situation since the beginning of this year in presenting its views to international partners and the best way to resolve the issues is to reach out through diplomacy,” the deputy minister said. in an exclusive interview with ANI.

This comment follows the Russian-Ukrainian conflict which saw differences in the positions of several countries. In line with its well thought out national position, India has abstained from some of the UN resolutions on the conflict.

Regarding bilateral relations, the Kazakh minister said that the two countries share a long and historic relationship dating back to the times of the Great Silk Road. “In recent years, we are seeing a very interesting development in our relations. There is an appreciation in Kazakstan for Indian culture,” he said.

Speaking on the elections and how relations with India can be enhanced between India and Kazakhstan, Deputy Foreign Minister says there will be no change in foreign policy from the country.

“Kazakhstan’s foreign policy approach will not change and we remain committed to developing a multilateral forum policy,” he said.

Over the past few years, India has actively engaged with countries in the Central Asian region, including Kazakhstan.

Earlier this year, Prime Minister Narendra Modi hosted the 1st India-Central Asia Summit, with the participation of the Presidents of Kazakhstan, Kyrgyz Republic, Tajikistan, Turkmenistan and Uzbekistan, in a virtual format on 27 January.

This is the first such engagement between India and Central Asian countries at the level of heads of government, according to the annual report of the Ministry of External Affairs (MEA).

(This is an unedited and auto-generated story from syndicated newsfeed, LatestLY staff may not have edited or edited the body of the content)