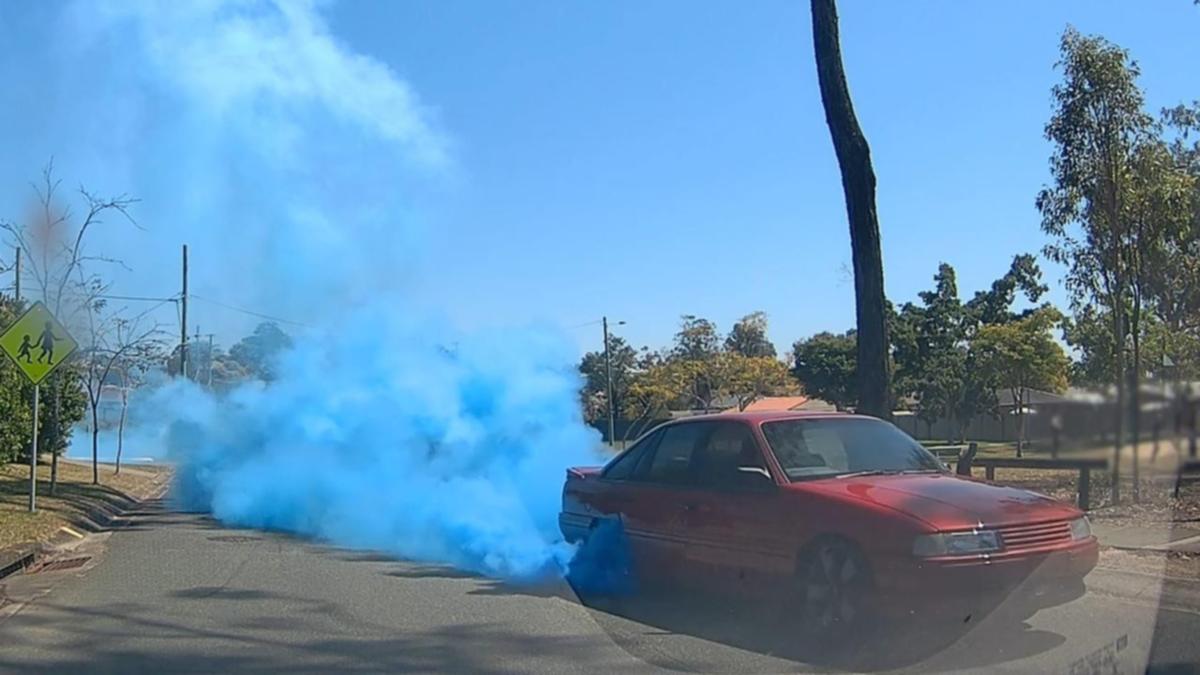 A Queensland man who sped down a residential street while releasing blue smoke in an unconventional gender reveal has found himself in hot water.

Police charged the 29-year-old after his very loud and public announcement about the sex of an unborn child was filmed by a motorist.

Watch the full gender revealing burnout video in the player above

The woman filmed the man’s red sedan driving down the street while releasing a voluminous cloud of bright blue smoke in Logan, south of Brisbane.

As she turns down the street, you can hear her say in a flat, unimpressed tone, “Good. Gender reveals. It’s a boy.”

As the sedan screeches past, his vehicle is completely enveloped in the plume of smoke.

The incident happened in September and was observed by a group of people who had gathered on the street to watch and take pictures.

Police revealed on Friday that they identified the man and charged him with reckless driving of a vehicle. He is scheduled to appear in Beenleigh Magistrates’ Court on December 1.

Police told AAP they could not confirm whether the man was the father of the unborn child.

Gender reveal is a relatively new tradition imported from the United States, but which has taken off around the world. This usually involves expecting parents to bring family and friends together to reveal the gender of their baby.

But as with all things, some people like to take it to the next level – like the couple who shared footage claiming to show a wild tiger popping a balloon filled with pink powder on a Dubai beach.

Not all life or film stories can be about love or sex only: Priyanshu Chatterjee | Hindi movie news